A downloadable game for Windows

Symbiosis is a first person puzzle game with a creepy atmosphere. You play as a plant-human hybrid that is lost deep within an abandoned and overgrown lab facility.

Control the vines and solve puzzles by making bridges, moving objects and swinging your way forward.

The vines are what binds everything together, but beware, as something sinister might also lurk somewhere in the depths of the facility.

Symbiosis was made by ten students as a vertical slice during a four week project at FutureGames in Stockholm, Sweden (although some modifications have been made since then)

Thanks for creating this game. I loved it . Didn't win it but I plan to get back to in again.

Hope to see  more in the future

i got stuck on  the part where i had to move the vine sadly... :P

Well, moving the vines are the main mechanic of the game since it's a puzzle game about moving vines! ;)
I commented on your youtube video, but I'll say it here as well.

The key you were missing was holding left shift to move the vine up (left trigger on a controller), and later left mouse button when controlling two vines at once.

I hope you'll play the game again, since you didn't get to try any of the puzzles!

But thank you for showing interest!

thanks again! i will try to play it again as soon as possible! :D

THE BEAUTY OF NATURE! | Symbiosis

this game was amazing!! everything about this i loved, i would of loved this game even more if this was a full game :) absolutely insane job on making this! :D
Reply
boylag3 years ago(+2)

Very interesting game. Id love to see more of it.

wow, This was really the good. The graphics fit the title and the game felt very atmospheric and right from the start I was kinda expecting something to devour me but not so. I really like the use of the glowing pipes to control the "plants"  to either make swings or a walk way. The end was pretty cool as well and wasn't something I was expecting.

Wow, the only thing I would have to say is that there is an issue with the first jump. I thought it was a puzzle when in reality it was just a glitch. I was able to solve the glitch by reseting the player's spawn point. But all in all this game has a huge potential and I really wanna see a story for this game. I wanna know what happened before or what our enemy is. This could turn out to be the next portal 2 if development goes futher! All in all I really enjoyed this game!

That's no small praise, and the sentiment is appreciated even if it is a bit of an exaggeration! :)

I think the reason you had trouble with the first jump is that it only works if you press A and push the stick forward at the same time. The button hint should be clearer in that regard.
And I might make a small patch later this weekend to make the climb work with only A. Because you are not the only one to have trouble there.

Keep up the good work!

I guess you're referring to the camera controls? We'll look into adding some options

this is a fantastic game I’d love to see more! Well worth a play!

Another sweet Futuregames creation, hats off to the team. :) I found it easier to mix keyboard & gamepad controls than just 'commit' to one or the other but other than that... disturbingly-good.

Would this be compatible with a regular keyboard? If not, any plans to integrate support for that? I don't have a controller, but it does look like it would be interesting to play.

We actually did make a control scheme for mouse and keyboard. But sadly it's not working correctly in the current version.
I could maybe take a look at it again for a future patch. The bug is probably not that hard to fix.

Thank you for your interest!

Oh darn, sorry to hear it isn't working. Could you update me somehow when there's an update to patch it? I'll look forward to playing it in the future!

Hey again, I took a look at the keyboard controls and made a small fix. Just download the new version and you should be able to play with a keyboard and mouse. Read the updated description for the key mappings.
One thing though, the in-game hints still says to press the buttons on a controller so you'll have to remember the controls yourself.

Great looking game. The use of a plant-person is a nice touch.

Loved it! It looks beautiful and plays really well. I thought the atmosphere in the game was really well thought out as was the level design. Congratulations to you all and thanks for making this available for us to play.  I'd love to see more of it. I did a video of my playthru, I hope you don't mind!

Of course we don't mind! It's a lot of fun to see others play our game and hear what they think about it! Glad you liked it!

Really impressive stuff here! Loved how the progression built into the puzzles and the atmosphere was fantastic! My only qualm is that the ports for the vine control kind of give away what you're going to be doing. Fantastic work, full thoughts at the end of the vid!

Thanks for the, as always, great feedback!
Turns out that making a first person puzzle game is pretty tricky. The balance act between showing too much and too little is super hard to pull off.

One of the requirements in this course was no text, so we couldn't guide the player in that way, thus a lot had to be shown from the get go.
We had a grapple mechanic at one point where vines could grab each other in order to solve some pretty cool puzzles, but since we had no text this was very difficult to tech the players.

Super cool that you enjoy what we created :) Thank you 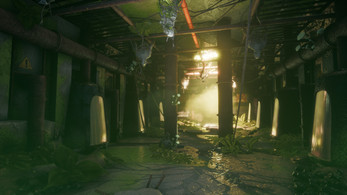 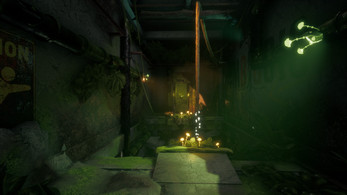 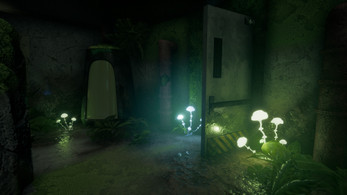 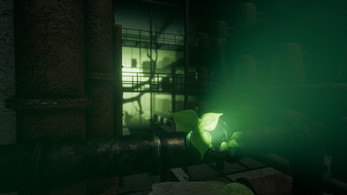 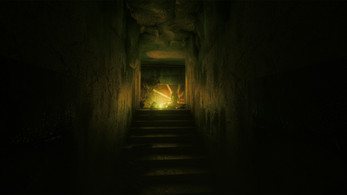